For managers in a hyper-connected world, disruption and complexity are the new norms.

Despite their best efforts, most managers find that stability and order have become fleeting and elusive. They feel baffled with nowhere to turn as established policies miss the mark and trusted metrics fall short.

It is as if order and predictability are little more than dim memories. And certainty? Any hope of that is wishful thinking.

A New Way of Thinking

Most managers recognize that business is now more unpredictable than ever. They know that the old ways are not coming back.

A new breed of managers is navigating disruption and complexity in a whole new way. They cultivate a new kind order and certainty. Consequently, their teams are far more effective despite constant chaos and upheaval.

For these “master navigators,” their secret is a practice I call “anchoring.”

The term “anchoring” is relatively new, but the practice is not. For instance, the managers I studied have used it for some time with great results.

In the simplest terms, “anchoring” means to clarify a complex issue. It is a form of collaborative sense making that makes an issue more concrete. The result is that complex problems gets clearer and options more obvious.

Here's an example I found during my research. Sheila (a pseudonym) was a social service manager. She told me about the difficulty she faced the first time she had to fire a staff member.

Sheila shared that she was nervous and confused. She had never conducted a termination meeting before. To make matters worse, this employee had a history of volatile behavior. Sheila was worried that the meeting would spin out of control.

But Sheila was lucky. Before the meeting she had a chance to speak with two seasoned colleagues. They shared their own experience with such situations. And to help the meeting stay on track, they gave her simple guidelines for what to say and how to act.

Sheila later told me that this discussion made all the difference. She now felt confident going into the meeting and let the employee go without incident.

Some may read this and think “What's the big deal? They helped her out! What's so special about that?!?”

While the challenge may have appeared simple, from Sheila's viewpoint, it was full of risks and unknowns she could not predict.

As Sheila saw it, the options before her were far from obvious.

The Power of Anchoring

By anchoring the situation, Sheila and her colleagues changed all that.

Together, they made sense of the situation and created an effective game plan. This empowered Sheila to discard her confusion, gain confidence and take effective action.

This is the power of anchoring.

Anchoring transforms confusion and ambiguity into actionable strategy. In the process, it releases the disempowering emotions that commonly arise.

I first saw anchoring in action while I conducted research for my Ph.D. My research focused on why certain managers were effective despite ongoing complexity and disruption.

Effective managers, I learned, used an unconventional approach when engaging with their staff. They were more emotionally accessible and collaborative than managers following traditional management norms.

But the unconventional approach worked.

The Three Principles of the Anchoring Mindset

Questioning further, I found that the anchoring approach reflected three unconventional assumptions about management, order, and effectiveness. These three assumptions comprise what I call “The Anchoring Mindset:”

Regardless of industry, for managers facing disruption and complexity, the challenges have never been greater. Anchoring provides an important new approach for making sense of upheaval, creating a sense of stability, and maximizing team engagement.

If you regularly face disruption and complexity, stay tuned. In my next article I detail the exact anchoring strategies managers can use now to create more resilient and collaborative team cultures. 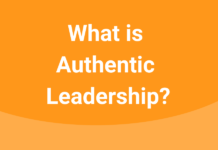