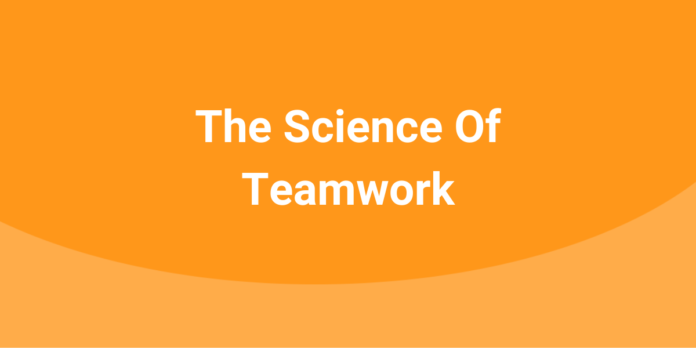 “Forming, storming, norming and performing.” That’s the 55 year old, simplistic model for leading high performing teams that most managers are aware of. But can we do better?

Collaboration and teaming are more necessary and common than ever before, yet there continue to be many myths about teamwork along with simplistic advice. Thankfully, a new book, Teams That Work: The Seven Drivers of Team Effectiveness, offers the latest evidence-based strategies for team effectiveness.

I had the chance to interview the authors, Scott Tannenbaum, president of the Group for Organizational Effectiveness, and Eduardo Salas, professor and chair of the Department of Psychological Sciences at Rice University.

Kevin Kruse: What prompted you to write this book now?

Scott Tannenbaum: We’ve been studying and working with teams for 30 years, in corporate, military, medical, even aerospace settings. We noticed that collaboration requirements and the use of teams continued to rise across the board, and we felt that team leaders could create better team experiences, if only they knew about the growing body of team effectiveness research. A lot of excellent team research has been buried in academic journals. We decided to write a book that could help leaders make evidence-based decisions by making the science of teamwork accessible and actionable.

Kruse: You say there are many myths surrounding teamwork? Tell me more…

Ed Salas: Several myths show up with troubling frequency. The first is viewing teamwork as a distraction from real work. That may be true if you equate teamwork with hosting company get-togethers and birthday parties. But the research is really clear. Teamwork is about how work gets done, and teams that do it better outperform others by 20% or more.

A second myth is that if team members like each other and maintain harmony, the team will be successful. Of course, we prefer working with people we like, but liking or hanging out together doesn’t ensure great teamwork. In fact, a little discord may be helpful at times, if team members feel comfortable speaking up and can disagree constructively.

Tannenbaum: Sometimes, team advocates go too far, falsely believing that they can “team away” any lack of talent. That may happen in the movies, but in reality, teams can rarely overcome significant talent gaps. To reduce talent gaps, you need to develop your team members, and if that doesn’t work, change who is on the team. Interestingly however, research shows adding a star won’t always boost team performance – a team can have too many stars, just as it can have too little talent.

Kruse: Can you share a few tangible tips for team leaders based on the science of teamwork?

Tannenbaum:  The number one tip we’d offer is to conduct periodic team debriefs. Even the best teams aren’t ready to be excellent on day one. They become great by learning from experience and adapting. Debriefing is a simple, highly effective technique for accelerating that. Teams that conduct well-designed debriefs perform an average of 25% better than other teams. We’re not referring to elaborate post-mortems after a failure, we’re talking about periodically huddling up, briefly reflecting on what’s working and not working, agreeing to make a few adjustments, and getting back to work.

Salas: Another evidence-based tip is to take actions that build collective efficacy. Collective efficacy is a shared belief that our team can succeed. Take two teams with equivalent talent and the one with greater collective efficacy will perform better. One way to do this is to allocate some time to discuss wins and not simply to critique mistakes and problems.

We also know that leaders can’t see and know everything, so they need team members to be willing to speak up, acknowledge mistakes, ask questions and offer dissenting opinions. That can only happen if there is adequate psychological safety. When Google studied their teams, they found psychological safety to be the number one predictor of team performance. Leaders can promote psychological safety by, for example, admitting when they didn’t know something or thanking a team member who offers a view different than their own.

Tannenbaum:  One more tip…ensure your team maintains a shared mental model. Imagine that Ed or I were to interview your team members individually, asking questions such as: currently what are the top priorities, who is responsible for X, what should we do if Y occurs, who on the team knows the most about Z? If they provide us with similar answers, your team is set up to collaborate and succeed.

Kruse: You noted earlier that the use of teams is on the rise, and many companies are trying to promote a culture of collaboration. What should senior leaders be doing to support that?

Tannenbaum:  Senior leaders set the tone. One study revealed that the way senior leaders interact with one another permeates the organization, impacting collaboration and even retention. Senior leaders may think what happens behind closed doors is invisible, but it isn’t.

Leaders send key signals. For example, are all the stories they tell about individual heroes in the company? Do they recognize and promote team players? Do they tolerate selfish, toxic people who bring in revenue? Research shows that toxicity spreads through emotional contagion, just like a cold, so it is important not to accept oafish behavior. That starts at the top.

Salas: I’d also advise them not to form a team, committee, or task force without first thinking, could this work be done better by an individual or two? While we believe in teams, a big mistake is always defaulting to team solutions. If you form a team but won’t give it ample resources or autonomy, that’s a sign that you probably shouldn’t have formed that team.

Kruse: What is the most common request you get?

Salas: My team has a communication problem. But that’s not particularly diagnostic.

Kruse: What do you mean by that?

Salas: That phrase is often a generic way of saying, my team isn’t working together effectively. Usually, when we dig below the surface, we find other causes – for example, a lack of role clarity or low psychological safety are two very common root causes for poor communications and teamwork.

Kruse: Does all this have any implications for Leadership Development in corporations?

Tannenbaum:  Yes. Teach team leadership and not simply how to manage individuals or run a business. Leading a team is a distinct skill set. For example, every team and project leader should know how to conduct a constructive team debrief, how to create and sustain psychological safety, and how to ensure their team maintains a shared mental model.

Salas: Even before they join the workforce, shouldn’t universities be educating students how to be good team members and future leaders? For example, healthcare is increasingly a team sport, so we’re advising medical schools how to embed teamwork skills into their curricula.

Tannenbaum:  Feel free to host team social events or conduct group exercises that compare people’s “types” but if you do, please have realistic expectations. Some people will have fun and others won’t, but those solutions are extremely unlikely to rectify the root causes that adversely affect team performance, such as role ambiguity, lack of shared mental models, insufficient talent, or a distrust. Follow the evidence! 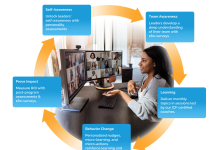 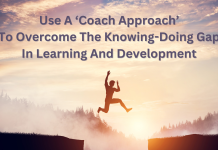