A question I receive really frequently is how to have a better staff meeting.

I wrote an article about this awhile back which was really popular called Stop Having Status Meetings: 5 better things to do instead.

One of the ideas buried in #5 is Laughter.

I thought this was worth calling out.

I spent a lot of time earlier in my career being overly serious all the time. I was too young for the jobs I had, I was female, often unwelcome — so I always thought it was important to get right to down business — Nothing trivial, nothing personal.

It seemed too risky to not start every meeting in a serious way, as I was so very self-conscious about being taken seriously.

But it turned out, that because of this very business like behavior, I developed a reputation for being scary!

When people came into my office I would jump right into the business discussion with no warm up whatsoever.
People found that off-putting, or downright scary.

I wasn’t sure what to do with this feedback, as I still wanted to be taken seriously, but I didn’t want to be scary!

The role of humanity

But then I read an article that said, “People are more productive right after they have been laughing”. I don’t have the source of that article, nor any data to support it, but it resonated with me, so I decided to test it.

“People are more productive right after they have been laughing”.

In one of my staff meetings, which at the time were on Monday mornings, I told everyone about the article and said, “We are going to try this… So…Who has a story about something funny that happened this weekend? Heard any good jokes?”

There was a moment of hesitation given my overly serious, recent history, but we quickly got rolling. We spent about 10 minutes laughing, and only after that did I take out the agenda.

It was one of the most productive staff meetings ever!

So I continued. And it continued to pay off.

Encouraging laughter is one way to show that you welcome humanity in the workplace.

If this idea is important you and you have not yet seen my TEDx talk, Reclaiming Humanity at Work, you might enjoy it.

Spreading the Laughter and Productivity

One of the other things I like to do in staff meetings is to always invite an outsider — Someone from another organization, or sometimes someone from a customer or external partner. It’s a really easy way to share information and create context without doing any extra work!

These people would have the strangest look on their faces during the first 10 minutes when we would all be laughing. I imagine they were thinking, “Why am I here for this waste of time? These people are not working…”

But pretty much every single person I invited in, after the meeting was over said to me, “That was one of the most productive meetings I have ever been to!”

If you respect peoples’ humanity and give them a chance to warm up and situate themselves in the context of what is happening, you are far more likely to build trust, get buy-in, and get people ready to do the hard work. Much more so than by just starting with the hard work.

I have used this technique forever after in many different contexts and situations and it always works.

If you want some support, tools, and encouragement to help you move your career forward consider joining my Executive Mentoring Group.

Click here to get Patty’s Blog delivered to your inbox
link: https://azzarellogroup.com/blog/ 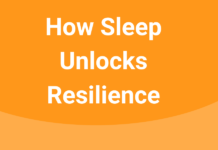 Free To Focus | An Interview With Michael Hyatt (Productivity)