Have you ever wondered if it's possible to write a cover letter that doesn't suck?

I used to think the pain of writing cover letters was an inevitable part of adult life. My hard drive was a cover letter graveyard, with each version falling flatter than the last.

Name the mistake and I made it: Awkwardly phrased jokes? Sure diddly-do. Misused jargon? You bet, synergy. Worst of all they were long, formal… And there were about 20 different versions.

I'm sure I caused many hiring managers to facepalm.

It took me a long time to appreciate the importance of cover letters. Despite my being a writer I found them to be an agonizing part of job hunting. That's because at the time I didn't understand the real purpose of a cover letter, and what a missed opportunity it can be if you aren't careful.

So what exactly needs to be in a cover letter? And what do employers expect to get out of them?

To help answer these questions I contacted cover letter, resume, and LinkedIn guru Erica Breuer, founder of CakeResumes.com for advice on how to finally nail your cover letter.

My first question is if it’s (ahem) normal to have multiple versions of a cover letter, or if it’s better to create one solid copy that you can tweak for each job opening.

“Savvy job seekers should be prepared to tackle applications with both approaches.” Erica writes back, “Customizing a base version is actually a sound tactic, if you're adapting it at a fine level; likewise, some roles call for an entirely fresh message. The more excited you are about the role, the more custom your message should be.”

It looks like I wasn’t so off-base with my multiple versions. So where was I going wrong?

“Cover letters that are paragraph-style interpretations of their resumes, written in overly-formal language are completely ineffective,” Erica says. Whoops. “These candidates aren't just missing out on a chance to tell a story bigger than what's listed in the bullets on their resume—they're losing the opportunity to stand out from the dozens of other ‘I am writing to apply for’ letters a hiring manager is ultimately reading.”

Well, that rings a bell.

So how can you write a cover letter that proves you’re a great choice, showcases who you are, and leaves every hiring manager wanting more?

Here are 6 tips to keep in mind when writing a cover letter:

“Hiring managers are looking for evidence of an enthusiastic human being on the other end of the letter.” – Erica Breuer

Nothing is worse than fake enthusiasm. I once sent a cover letter to an online furniture company that read, “You have NO idea how long I’ve ogled the many kitchen islands, affordable sofas, and fun decor!”

Please, learn from my bonehead mistakes.

While my energy is not necessarily off-putting, what I chose to be excited about comes across as insincere.

Instead pick something specific that you can truly gush over.

For instance if I had mentioned how much I love their latest twitter campaign because it encourages customer participation, it shows I’m engaged with their company, that I follow their brand, and I have real enthusiasm for what they’re creating.

As Erica puts it, “Hiring managers are looking for evidence of an enthusiastic human being on the other end of the letter who truly understands their company and happens to have the qualifications for the job.”

So do a bit of research and see what gems you can dig up!

“Remember that cover letters aren't really about you; they're about the company you're applying to.” – Erica Breuer

Move on to why they need the position filled (2-3 sentences).

This step is so integral, that when I asked Erica what someone should do to their cover letter with only 10 minutes to spare, she had this to say: “Remember that cover letters aren't really about you; they're about the company you're applying to. During a 10-minute revamp of a letter, job seekers should ensure they've touched on the employer's biggest pain points and explained why they're fit to help solve them.”

Put yourself in a hiring manager’s shoes. It’s your job to comb through hundreds of applicants, deal with a few weirdos, and determine who would best fit the job. On top of all of this, you also have to crush people’s hopes along the way.

Doesn’t sound fun, does it?

Show them you know exactly where they’re coming from. Mention a few key points that you know to be an issue in your industry or chosen field. For example:

“[Occupation/Task] involves a lot of [common issue], and it can be difficult to find a teammate who can [describe actions needed to accomplish task].”

Now you’ve demonstrated your understanding of the common stressors in the position, which shows you can approach issues head on.

Introduce the antidote to their problem: You. (2-3 sentences)

They’re begging for you to make their lives easier. They’re yelling, “Please be the person that can make all my problems disappear!” And what luck, because you are! Here's an example of how to do that:

“Since my time at [past workplace] involved similar concerns, I became well-versed in [skill] and can jump in at full speed.”

This proves you have learned the skills necessary to handle this position’s darkest moments.

To Write A Great Cover Letter You Have To…BE YOURSELF

You’ve heard it before: embrace your unique qualities!

A year ago I sent out a hundred cover letters and only heard back a couple times. Why? Because I was trying to sound like what I thought they wanted to hear. A marketing agency? Great, I’ll talk about SEO and use snappy lingo! An ‘event writer’? Cool, I’ll seamlessly mention all the hip new venues I’ve visited!

While these aren’t terrible instincts, all it did does is cloud who I am and where my true interests lie. It didn’t serve the major purpose of a cover letter, which is to show people who you are and what you bring to the table.

Don’t be afraid to show your flair, just be mindful of the setting. If it’s a hip new start up you can get away with a more relaxed vibe, but if it’s a prestigious law firm you may have to adjust your tone.

This is an oldie but a goodie.

If you can make the effort to find the name of the hiring manager and address it to them directly, it can definitely put you on the map.

With LinkedIn, company websites, and all sorts of social media, finding the appropriate party should be relatively easy. When in doubt, call the front desk and ask!

“In five to seven years, I can absolutely see these becoming ‘cover notes’ of just a sentence or two.” -Erica Breuer

There’s an assumption that with technology and access to professional profiles that cover letters have become less important. Not so.

Over time the point of a cover letter and has changed, but their necessity certainly has not.

“What's more important than ever in our increasingly social world is communicating succinctly,” Erica reminds me, “We'll always be sending messages to express our interest in new opportunities, but their length will vary. Today I find myself helping candidates craft the perfect cover ‘messages,’ which are shorter than what's been used traditionally. In five to seven years, I can absolutely see these becoming ‘cover notes’ of just a sentence or two.”

Remember, short and intriguing is better than long and unskimmable.

There you have it, 6 clear steps to make sure your cover letter gets you noticed.

If you’re interested in Erica’s stellar cover letter, resume, and LinkedIn makeovers, you can find her services over at CakeResumes.com.

Any tips or tricks we missed? Reach out! [email protected] 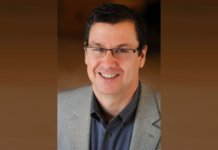 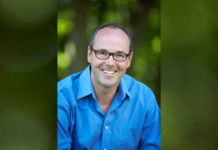 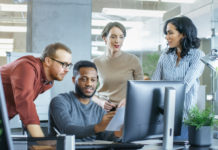 What Is Employee Engagement And Why Is It Important