That's what my media students were asked to do on the lead up to Child Sexual Exploitation Awareness Day, and the results were amazing.

Here is what I learned:

1: The establishment and corporations are realizing that the world is changing and they are willing to make bold moves to keep up.

Cumbria Police set up the Snapchat account in order to reach the younger demographic that is most at risk of the dangers of “sexting” (sending nude or graphic photos via text or social media). They knew they needed teenagers to help translate that message, as if it was too corporate the audience would not respond.

Cumbria Police were very open in letting my students have creative control, and this was not a situation where they were monitored or supervised directly. They would log in to the cumbriacops account, and post a Snapchat, sometimes early morning, at other times late into the evening. The level of trust was insane, and what they posted was always better than I thought it would be.

This was risky and hard work, and possibly the first time this has ever been attempted in the UK. The only reason I can think of to do it is that the police genuinely care, and want to prevent as many young people as possible from exploitation.

2: Teenagers can be amazing when engaged.

I asked for volunteers on this project, and 9 stepped up. They work-shopped the story and went into detail on how to make it work for Snapchat.

There were so many details that impressed me:

3: There will always be problems, but they can be smashed when the team are engaged and care.

The students did some amazing problem solving throughout. They used Facebook messenger to keep in contact, and it would light up at various points when they realized they had an issue. No matter what time of day it was, someone would always respond with creative solutions.

Technology was also an issue, from file formats, to ratio issues because the editing software did not like Snapchat’s vertical video format, to YouTube dropping quality, or even passing files between the College and Cumbria Police.

Every problem was solved, they just would not quit!

4: When you use the right tool, the audience will engage.

It surprised us how many viewers did engage from day 1, and would even send messages. Why would teenagers want to follow a Cumbria Police account after all? But they were intrigued. I love the idea that it became the teen equivalent of water-cooler gossip.

The numbers grew as the week progressed suggesting that they were telling their friends, and trying to fill them in with what had happened so far.

We had a lot of positive comments, but things really exploded when it hit Facebook as a short film. In less than a week it has had nearly two hundred thousand views, nearly fifteen hundred shares and nearly two hundred comments, most of which are applauding the project, the idea, and calling for it to be shown in schools.

We got through, and we connected.

5: It's exhilarating working outside of your comfort zone.

That's all I can say. The danger for teachers is that they merely pass on what they learned at university and do not stay up to date with their subject matter. But this was 2017 teaching. This was also new territory for me, Carlisle College, and Cumbria Police. The teenagers were the experts and would make a great argument for each creative decision.

Of course, a script had to be OK’d and safety guidelines put in place, but the students had a great deal of control. There was a buzz all week, and a genuine excitement. It felt like we were getting a ton of experience points and we could feel ourselves level up.

It was a new adventure, and you can't have too many of those in your life.

Feel free to comment below or connect with me on social media. I read every comment and would love to know what you think. 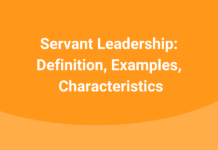