"The Art of People: How to Make People Instantly Like You"

RSVP to this FREE Webinar

We'll also send you a weekly leadership newsletter to help you reach your full potential. You can one-click unsubscribe at any time.

DURING THIS FREE WEBINAR YOU WILL LEARN: 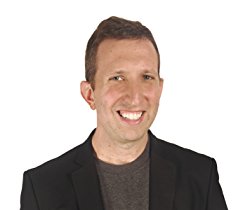 Dave Kerpen is the founder and CEO of Likeable Local, a social media software company serving thousands of small businesses, as well as the chairman and cofounder of Likeable Media, an award-winning social media and word-of-mouth marketing agency.

Kerpen is among the most popular writers in LinkedIn’s Influencer program, one of the most-read contributors for Inc.com , and has been featured by CNBC, BBC, ABC World News Tonight, the CBS Early Show, the New York Times, and more. He has also keynoted at dozens of conferences across the globe including Singapore, Athens, Dubai, San Francisco and Mexico City.

WARNING:  We only have 100 spots on our webinar system available and space will fill up fast so register now to avoid missing out.

We'll also send you a weekly leadership newsletter to help you reach your full potential. You can one-click unsubscribe at any time.