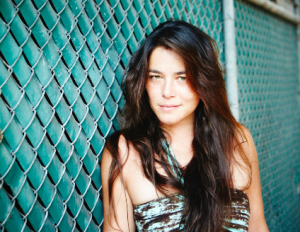 What can business professionals learn from the productivity habits of a highly successful indie artist? How can Creatives use time management habits to improve their art and grow their fan base?

While I believe productivity habits can indeed help anyone, my book was targeted to entrepreneurs and executives. I’m not used to hearing from Creatives, so when I found out Yamagata would be stopping in my home town of Philadelphia while on tour to promote her new album, I jumped at the chance to interview her to learn more about her productivity habits as an indie artist.You can imagine my surprise when singer-songwriter Rachael Yamagata emailed me while she was on tour in Sweden. She had just finished listening to the audio version of my book 15 Secrets Successful People Know About Time Management and told me, “It’s transformed my effectiveness over many months.”

I was curious as to why artists need to be concerned about productivity anyway. Most of us probably have a stereotypical image in our heads of songwriters just sitting around in cafés or smoke-filled bars waiting for inspiration to strike, pen at the ready to record their poetic thoughts.

Yamagata explained that more than ever before, artists are foregoing traditional labels and management in order to take more control over their career, their art and to have a more direct connection with their fans. She described the business side of being an indie music artist and all the puzzle pieces that she needed to put in place over the preceding two years:

“I ran two Pledge campaigns, where fans preorder your record as a way to help finance it—there’s all the contacts, updating orders, and shipping. There’s recording the music which involves the producer, the studio, the musicians and scheduling all these things. Then there are distribution deals and publishing rights. For the tour you have an agent, contracts with every venue, promotion with every venue, a tour manager, press agents and radio visits…”

Yamagata often used the phrase “web of logistics” as she went into further detail about the significant amount of money and people to manage, decisions that need to be made, and events to be scheduled. Indeed, there are few business projects that I’ve encountered that would have more complexity.

So how does she get it all done? How does she stay so effective—minimizing stress and maximizing productivity?

#1 Most Important Task (MIT) In The Morning

I interviewed over 300 ultra-productive people for my 15 Secrets book and one of the biggest themes that emerged was how many of them had a clearly stated most important task (MIT) for each day and they tackled their MIT early in the morning. Most of us are at our cognitive best about an hour or two after we’ve woken up, yet we often waste that time on easy, relatively unimportant tasks that could be postponed to later in the day.

Yamagata shared that she is very detail-oriented, that it was easy to procrastinate on the most important things by working on all the little things. She described how the MIT principle enabled her to increase her creative abilities:

“I just wasn’t putting the time in to write… to write stream of consciousness to get my ideas out. They would be lost. So with my mornings, I stopped the world and made them my creative mornings. I didn’t look at emails and I didn’t do anything…I would commit to my Most Important Thing which was being creative. I would commit to free writing, because if I didn’t I would lose the ideas.”

After she finished recording Tightrope Walker, Yamagata shifted her daily MIT practice to ensuring that her upcoming tour would be successful.

I love my planner. I write at the top of the day, the big thing to do. For example, send the band the songs on the set list. These things take hours. It means choosing my set list, doing a Dropbox folder of lyrics or MP3s of live versions. So the band can have as much time as possible to navigate their parts.”

#2 Schedule Everything On Your Calendar

Another consistent theme that emerged from my time management research is that the most productive people don’t just put meetings and calls on their calendar, they put every task they need to complete into a specific date and time slot. Yamagata shared that she keeps a color-coded calendar that maps out at least six months in advance. She said, “I’m a papergirl, I love scheduling. Visually, I like being able to see on three sheets of paper and update it in red pen.”

Too much email and too many meetings are the most commented impediments to productivity according to my survey research. While most of us respond to every beep, buzz or other notification of a new message, the most productive people keep their email window closed and only check it a few times a day. Yamagata’s advice:

“I’m noticing the chain of emails of 15 people and each person just saying ‘thanks.’ It’s overwhelming. You have to figure out a way to retrain others in your world so you don’t have to be on email. I try not to look at emails at all if I’m not ready to act on it.”

A less common but highly potent productivity habit is to batch your work by creating certain themes for your days. I’ve written previously about how CEO Jack Dorsey successfully runs both Twitter and Square using this process. For Dorsey, Monday is for management meetings, Tuesday is focused on product, Wednesday is marketing, Thursdays is for developers, and Friday is recruiting and culture.

How might themes apply to an indie artist? Yamagata mentioned she has a music producer friend who batches his work with this method. Among his focus areas are writing, finances, and fan connection.

It turns out business professionals have a lot more in common with indie artists than one would originally guess. While one may tickle the keys of a laptop and the other the keys of a piano, they both have to deal with recruiting great talent, planning for events, motivating team members, budgets, sales, marketing and so much more. In both cases, stress, procrastination and distractions are detrimental to long term goals; carefully choosing priorities and maintaining focused attention are what lead to great productivity, and creativity.