How many articles have you read touting the “Top 10 Motivational Techniques of a Successful Leader” or “7 Skills Every Leader Needs to Inspire”? The reality is that there is only one.

With the onslaught of Steve Jobs biographies and article, it has become commonplace to celebrate his management style of mythically brutal honesty. As described by Jeff Goodell in a Rolling Stone article,

But, god, he could be a dick. Those who knew Jobs best and worked with him most closely…were always struck by his abrasive personality, his unapologetic brutality. He screamed, he cried, he stomped his feet. He had a cruelly casual way of driving employees to the breaking point and tossing them aside; few people ever wanted to work for him twice.

Could Steve have mitigated some of his early failures if he had removed the “brutal” from ‘brutal honesty”? How much talent did he lose because people didn’t want to work with him? How many opportunities were lost because his team was afraid of his wrath?

It’s easy to say that Steve’s unfiltered brand of criticism was effective when he was leading the now awe-inspiring Apple, but what about the ten year period when Apple was on the downslide? Before it’s resurrection, Apple was comparable to our modern day view of Blackberry – it was once cutting edge but the technology and market embarrassingly passed it by.

This is not a knock on Apple or Steve; I’m writing this on a Mac while an iPhone plays music to my right and an iPad streams news to my left. My point is that when things are going well, the leader has more latitude to act how they please. However, if their chosen demeanor is less than nice (possibly bordering on emotional abuse), they will be all alone when hit with the hard times.

Before reading another list of motivational/leadership techniques, try utilizing the easiest method of all – politeness.

Being polite is not a difficult concept; it borders on obvious. When being courteous, you’re showing that you value the other person. They, in turn, are more willing to follow you, not because you are the boss and they have to, but because they want to. This is Motivation 101.

When we are polite, we are tailoring our message to the listener so they will be more receptive. There’s the simple thank you, please, and good morning but real politeness centers around showing respect for the other person(s).

For those of you who feel a more visceral style is the sign of a “real” leader, what is your end-goal? Are you trying to placate your ego or further the organization’s agenda? Politeness is not about sugarcoating issues, compromising expectations, or imposing additional political correctness. To be polite is to communicate in ways that will most effectively get you want you.

Politeness may make others feel good, but the value from a business perspective is that your team will be motivated and engaged, less likely to resign, and more loyal to you and the organization. It may not feel as cathartic as shouting, “You don't know what you're doing. I'm going to get someone else to do [this] because this is f##ked up.” (this is an actual Steve Jobs quote), but you are going to get a better result.

Thank you and you’re welcome. 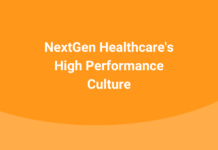 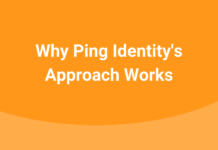 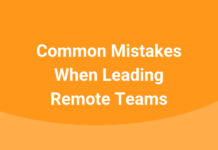