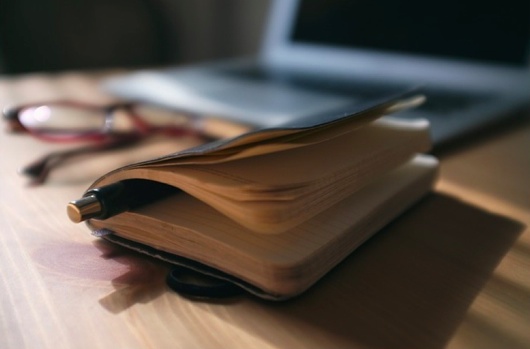 From my research on the topic of productivity I’m known as the guy who preaches, “schedule don’t list.” Meaning, if you really want to do something, just bypass your to-do list entirely and schedule a time for it on your calendar.

But that doesn’t mean I’m against all lists or notes.

In fact, from my interviews with over 300 self-made millionaires, entrepreneurs, Olympians and straight-A students, one of the 15 secrets of high achievers was that almost all of them relied heavily on a notebook.

Sir Richard Branson is arguably the most celebrated entrepreneur of our time. Founder of the Virgin Group, which now comprises over 400 companies, Branson is reportedly worth $4.8 billion.

When asked about items he takes wherever he goes, Branson singled out one item as being most important. In a 2006 interview, he said:

“It may sound ridiculous, but my most important is to always carry a little notebook in your back pocket. I think the number one thing that I take with me when I'm traveling is the notebook… I could never have built the Virgin Group into the size it is without those few bits of paper.”

Branson elaborated on his note-taking habits on his personal blog. He said, “If you have a thought but don’t write it down, by the next morning it may be gone forever.” Once, when Branson had an idea for a business metaphor, he didn’t have a notebook nearby. So he just scribbled the thought down in his passport. It worked. But he would have preferred a notebook.

Branson is not the only one who feels so strongly about notes. Greek shipping magnate and billionaire Aristotle Onassis once gave an interview in which he shared his “million dollar lesson”:

Although you can see a wide range of notebook styles and penmanship, all show how these great thinkers were never without a means to jot down an observation, an idea, or in Mark Twain’s case, dirty jokes.

Of course, it’s not just men that subscribe to this philosophy. In researching my book, I interviewed Olympic rower Sarah Hendershot who had this to say:

“I use this Moleskine notebook that I'll just carry around with me. I make training notes in it. I make work notes in it. I have a whole bookshelf full of old ones at home, because I'll go back and refer to old things in it all the time.”

“I use the Bullet Journal as my go-to organization system. It keeps ideas, thoughts, and other important agenda items at my fingertips. I highly recommend keeping a journal, because a life worth living is a life worth recording.”

A Treasure For The Next Generation

Finally, consider the powerful advice of self-made millionaire and legendary success coach Jim Rohn. He wrote and spoke frequently about the power of journaling, and the following quote contains a vital insight into why great thinkers write down all their ideas.

“If you're serious about becoming a wealthy, powerful, sophisticated, healthy, influential, cultured, and unique individual, keep a journal. Keeping a journal is so important. I call it one of the three treasures to leave behind for the next generation…

The third treasure is your journals: the ideas that you picked up, the information that you meticulously gathered.”

Rohn concluded, “But of the three, journal writing is one of the greatest indications that you're a serious student.”

And herein lays the key: To be a great thinker, you must first be a great student. The greatest minds are those that never stop learning.

Kevin Kruse researches and writes on the topic of time management. 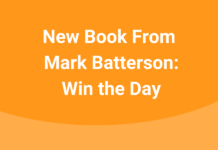