I was taken aback when a CEO I work with said, “If we’re really honest, the truth is, we’re not going to follow through.  That’s really the truth here.  And to say we’re going to pick the ball back up and run with it would be to delay the truth and create false hope.”

Priorities had shifted and a marketing initiative started in the slow season was not just being back-burnered, but let go, during high production.  Some might think this is short sighted from a strategy standpoint.   And others might see it as a lack of integrity.

This CEO is one of the most sincere, salt of the earth, full of integrity and thoughtful people I know.  And yet here he was saying, “Nope, not gonna happen, even though I said it would.”

And yet the naming of this truth is incredibly powerful for the team.  They can let go and stop feeling guilty for not making progress on a project that honestly wasn’t going to get any attention.  It gave them permission to focus on what matters, now.

I’m all about integrity.  And follow through.  And commitments.  And expectations.

However there are times when you just have to let go and say, you know what, I said this would happen and it’s not happening.  And my sincerest apologies for the impact this has on you/the team because I know you were counting on me and efforts have already been made.

What’s worse is to renegotiate over and over and never do it.  And be known as undependable.  (Ever experienced the self-defeating daily recommitment to a habit – to where you finally don’t believe your own self?)  Many employees can name a promise or commitment the organization has been making for years and never followed through on.  The intentions are good.  But the continuous lack of integrity chips away at character perception.  Clay feet become quick mud.  Better to bring out the truth serum.

Just think about it, an excellent leader who is less committed to “looking good” and more committed to doing what’s needed by the organization and the team, has the humility to pivot when needed.   They’ll eat some short-term crow.

For more on integrity, commitment, and refreshing truth serum, check out Culture Works.

Kris Boesch is the CEO and Founder of Choose People, a company that transforms company cultures, increases employee happiness and boosts the bottom-line. She is a nationally renowned speaker and workplace culture expert.  Boesch is also the author of Culture Works: How to Create Happiness in the Workplace and developer of the Choose People 360° Culture Audit. Kris is also a proud mother, dancing diva and dog lover. 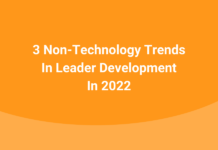