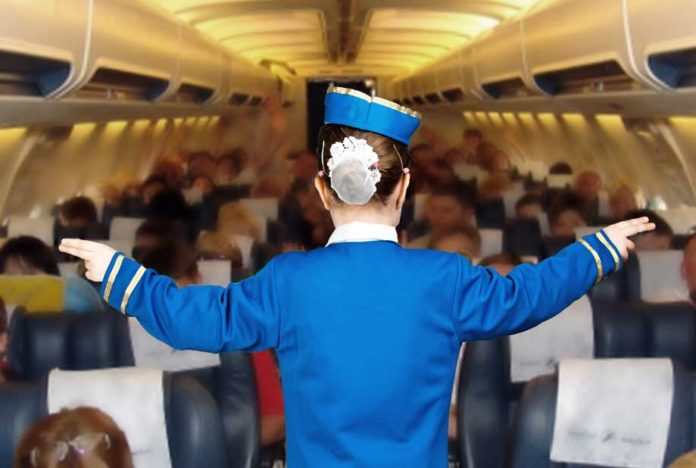 Earlier this week United Airlines made the headlines when videos emerged of a passenger being forcibly removed from their plane by security. The videos from the cell phones of other passengers show a gentleman being dragged by the arms down the aisle like a three-year-old who’d refused to leave the toy section when mom said it was time to go.

Was he a terrorist?  Was he on the FBI’s watch list? Was there something suspicious in his luggage? No not quite. United had oversold their plane and when they offered flight vouchers for volunteers to give up their seats, not enough people took them up on it.

Instead of using any sort of creativity, United employees simply followed procedures, something later praised by their CEO.

The man removed from the flight was a doctor returning home who happened to be in the wrong seat at the wrong time. It could have been any of us. His defiance partly motivated by the fact that he had to be at work the next morning at the hospital.

Coincidentally, the problem originated because United themselves were trying to get a bunch of their off-duty crew members to work. That’s one of the reasons they needed the extra seats.

While this situation highlights a string of mistakes the airline made, it highlights an error in judgment I see all too often that relates to the unwritten universal law of “Pay now or pay even more later.”

The problem is, we're not very good at forecasting how much it costs to pay later so we minimize how much we think we should pay now. Should I invest $100 a month in my 401K? After all, retirement is a long way away. Pay now or pay even more later.

United could have avoided this PR nightmare by more accurately assessing the cost of forcibly removing a passenger from their plane especially given the fact that in today's new world everyone with a cell phone is a potential reporter for CNN.

Had they more accurately considered the repercussions, it would have been obvious to simply sweeten the pot until someone was willing to give up their seat.

I fly a lot and on at least half the flights I hear the announcement offering flight vouchers to give up my seat. But the hassle of spending another four hours in the airport or worse yet having to take a shuttle to some cheap hotel with a $15 breakfast voucher is unappealing. Then you must come back to the airport the next day, go through security again, all for a measly $250 flight voucher which costs the airline little to nothing.

If United and other airlines need to free up a seat, then how about offering something that would entice passengers to feel like it’s worth it. If no one is budging it means that what you're offering isn't a deal at all. It’s simple economics.

Apparently United got up to $800 in vouchers but still needed more seats.  How about a ticket anywhere in the world? No takers? What about two tickets? How about a free X-box, a day at the spa, or two tickets to watch your favorite NFL team.

“But that would cost money,” says the airline. Yeah so does your falling stock price, the hours spent managing the outrage on social media, and subsequent internal investigation into what happened.

When people are short sighted they don’t consider the long-term cost of their actions. I see this in my industry when it comes to training. People always want to know the ROI for what I do. I get that which is why I always have an answer for them, but it still comes back to pay now or pay even more later.

So, what could have United done differently?

It comes down to employee empowerment. By that I mean empowering your employees to make decisions for the good of the company without the risk of getting fired. It’s giving someone the authority to do whatever it takes, whether that’s sweetening the jackpot or bumping one of the crew to another flight or another airline if possible.

In fact, the CEO of United stood behind his employees in an internal letter to them praising them because they “followed established procedures.”

And that’s my point.

Procedures are there for a reason, but when they are so rigid that they become rules then you can never expect your people to bring their best to work, because best involves creativity, flexible thinking, problem solving and trusting them enough to make decisions.

The best companies have figured this out and give power to those on the front lines. Do mistakes get made by doing this? Sure, but the upside far outweighs the pitfalls.

But since no one either thought of going outside of standard procedures, or felt they were   allowed to, United chose to ‘Pay even more later.”

An expensive option to say the least.