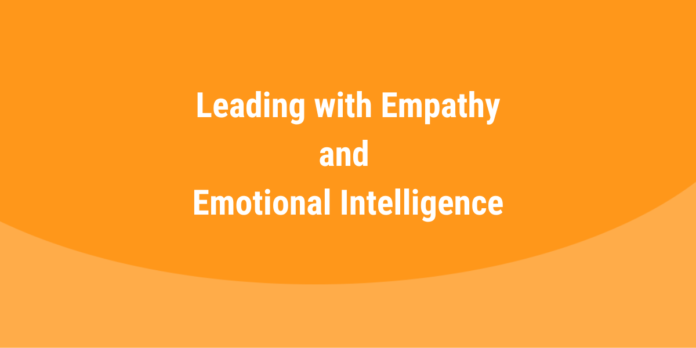 The year 2020 will be known as the year of pandemic and protest, so it’s no surprise that one of the training programs most desired by leadership development professionals is emotional intelligence (which they often request as “leading with empathy”).

I recently had a chance to ask them to expand on these ideas.

Kevin Kruse: Why did you write this book, and why now?

Cherniss: We now have a lot of research showing that there is a strong positive link between leaders’ emotional intelligence (EI) and their effectiveness.  For instance, a recent review of 12 different studies involving over 2700 participants found that when leaders are more emotionally intelligent, their subordinates are more effective, more satisfied with their jobs, less likely to quit, and more engaged.  However, there didn’t seem to be any research on how leaders – especially the outstanding ones – use their emotional intelligence.  So we spent about four years studying that, and what emerged were nine strategies that the leaders used to manage their own emotions and those of others when dealing with critical challenges and opportunities.

Kruse: Which EI strategies do you think are most helpful for leaders who are now dealing with the Covid-19 pandemic?

Roche: The leaders we studied used three strategies that can be especially helpful for managing during the pandemic.  First, they would think about the situation in a different way, or “reframe it.” This was an essential strategy because the way in which one thinks about people and situations affects the way in which one manages emotions. For example, our research showed that successful leaders expected the world to be complicated and messy; they were not surprised or caught off guard when things didn’t go well. This didn’t mean that they gave in (or gave up) during difficult times – quite the opposite. By adopting the attitude that the world is inherently messy, they tended to be less perfectionist, which kept them from getting discouraged and losing sight of the big picture.

A second helpful strategy was to modify the situation.  This might seem unrealistic given that many leaders have been inundated by changes brought about by the pandemic. However, leaders can still change many dysfunctional situations by shaping physical and psychological boundaries.  For example, leaders can avoid over-scheduling long zoom calls with employees who have independent tasks and family obligations to meet now. Leaders also can check in with employees individually (through phone, email, zoom) who don’t seem as engaged in meetings or in their work.  And lastly, leaders can use their emotional intelligence to manage one of the most important boundaries: the one separating work from the rest of their lives.  Leaders who acknowledge the limits of their work took better care of themselves, their teams, and their organizations.

The third strategy is to enlist the help of others.  In our research, we discovered that even the most emotionally intelligent leaders reached out to others to help them better understand and manage emotions when confronted with challenging situations or potentially advantageous opportunities.  Such help can be found within and outside the organization, with the most important ingredients being a sense of trust and safety.

Kruse: This is the year of pandemic and protest. How can emotional intelligence help leaders to better address issues of diversity and racial justice?

Kruse: What can companies do to promote more emotionally intelligent behavior?

Cherniss:  The key is to create an EI-friendly culture.  Several companies have done this or are now in the process of doing so.  But it depends heavily on the attitudes and behavior of the company’s senior executives. Those leaders need to model EI every day in many different ways.

A small but telling example was the CEO of an engineering firm who connected directly with her 300-plus employees through a one-hour virtual meeting every Friday at noon. She began each session by praising the positive accomplishments of several individuals and groups during the past week, and she ended by encouraging employees with questions or concerns to send her an email. And she cleared her schedule for the rest of the day so that she could respond to those emails immediately rather than put them off until the following week. This practice, along with countless others that she employed, helped create a culture in which EI was not only valued but also practiced throughout the organization.

Kruse:  What can companies do about leaders who are low in EI?

Roche: Dealing with leaders who appear to be low in EI can be tough, particularly if their expertise is coveted and/or their financial results are strong.  However, we have found that emotionally intelligent leaders who are already part of the organization can do much to help struggling leaders because they are often great teachers.

Kruse:  Is EI only about being nice?  Is it ever “emotionally intelligent” to feel anger and express it?

Cherniss: Emotionally intelligent leaders do feel anger, but they use their EI to express it in positive ways.  When we looked at this incident and others in our study where the leaders became angry and expressed it, we found that there were some important aspects that made it more constructive than harmful.  First, the leaders had a good relationship with the other persons.  Second, they modulated the way in which they expressed their feelings.  Third, they only expressed their feelings when they were sure they were calm enough not to lose control. And fourth, they did not become angry often.

Roche: Recently, we heard the CEO of a manufacturing plant say in jest, “I hate all my employees right now.”   We were at first shocked to hear this coming from a well-respected and effective leader, and we wondered where it was coming from. As the conversation continued, it became clear that this leader didn’t hate his employees, but he was having moments of weariness in navigating all the shifts created by the pandemic that is now 7 months old.  But he soon recovered his equilibrium by utilizing a reservoir of emotional intelligence strategies to fortify himself during this crazy time.

Emotional intelligence, and the strategies we present in our book, can be helpful for any leader – and in fact, for anyone facing trying times.  But if we do not believe that emotions play an important part in life, or that there is no place for them in the workplace, EI won’t make much of a difference.  Using a more emotionally intelligent approach in a situation sometimes takes courage, persistence, and patience, so leaders need to believe it is worth the time and effort over the long run. We hope that our book will help them see how useful it can be.