Feedforward is a unique approach to giving feedback that improves performance, boosts productivity, and keeps teams on track. Unlike traditional feedback, feedforward is timely, continuous, and focused on development – a refreshing change from the typical feedback fare that rarely makes a positive difference or offers much insight about how work gets done.

In a survey of 30,000 employees, only 29% claimed to know if they were doing a good job based on reviews from their bosses. CEB research found that more than 9 in 10 managers are dissatisfied with how their companies conduct annual performance reviews, and almost 9 in 10 HR leaders say current appraisal models don’t yield accurate information. When it comes to helping others succeed, traditional feedback hardly draws rave reviews.

For a clearer view of performance, we should model feedback on the iterative process used by F-16 fighter pilots.  Their unconventional approach to decision-making relies on rapid-cycle observation and assessment using a so-called OODA loop. Developed by Col. John Boyd during the Korean War, the OODA loop consists of four actions: observe, orient, decide and act. To gain insight and advantage during combat, fighter pilots scan for relevant information (observe), use past experiences to manage fast-changing conditions (orient), establish a working hypothesis (decide), and test their assumptions (act). Because it’s loop, there’s no definitive start and end point – just a continuous process of gauging, deliberating, and responding to events as they unfold.

The strategic purpose of an OODA loop is to decode the environment before the enemy does, then move swiftly and decisively for competitive advantage. During an aerial engagement, pilots “read” their opponents’ movements, then initiate a sudden and deceptive maneuver meant to confuse them. As the enemy scrambles to regain position, fighter pilots quickly re-orient by once again sizing up their environment. They observe and interpret events in real-time, weigh future moves against prior knowledge, and waste little time acting on new assumptions.

As a military tactic, Boyd’s OODA loop is devastatingly effective at beating the competition by anticipating and overcoming an opponent’s frame of reference. But it can also improve the quality of our everyday work through highly responsive, observation-rich feedback built on agility, adaptation, and action. By deploying a similar array of rapid maneuvers, fluid observations, and decisive moves, managers can deliver the kind of targeted feedback that helps workers reach new performance heights. Here’s how:

Limit your feedback field. Good managers know that feedback works best when it’s shared freely and frequently. But a key challenge is knowing how to create a frame and filter for that information so that it is most helpful to the person receiving it. During their initial observation, F-16 bombers scan for specific cues that can lead to a tactical advantage. They create a visual field and quickly sort out crucial details. The same selective lens should be applied when monitoring the performance of employees – the sharper the target, the better the view. Look only at the details that matter and sideline those that don't. As brain research shows, selectivity encourages more careful observation, prevents mental lapses, and reduces errors in judgment – making feedback richer, relevant and more reliable.

Aim for alignment. The main thrust of an OODA loop is orientation, the stage where pilots merge new information with past experiences. It’s here that patterns are detected and mental models are constructed. This context-building framework ties together events that are still developing with those that have already been determined. Doing the same for reviews is equally beneficial. Instead of dwelling on events that can't be changed, managers and reports should hold aligned conversations that link past performance with future work goals, creating a forward-looking feedback narrative meant to encourage employees, not merely critique them. Widening the scope of feedback to include a focus on development may also push aside appraisal bias, also known as the idiosyncratic rater effect, or the tendency of raters to favorably recognize performance that resembles their own.

Make it action-ready. F-16 pilots don’t have the luxury of time. Once they gather observations and orient themselves to current conditions, they must act quickly or risk losing their operational edge. Following through on feedback may lack that kind of urgency, but managers can nudge others towards action by keeping their message clear, direct and focused on near-term success. Start by creating an uncomplicated plan to address areas where employees may be falling short and the steps they can take to demonstrate improvement. Like the OODA loop, these moves should be actionable and observable, with a premium on simplicity. Piling on too many performance goals can lead to decision fatigue, which research has shown to dull cognitive processing and impair rational judgment – making it even harder to achieve lasting behavioral change.

Managing feedback with a rapid-cycle emphasis on seeing, aligning and doing can help lead to performance breakthroughs, especially when employees are brought into the process. It can lift appraisals above the usual constraints of ratings and reviews and provide a decision-making structure for dealing with highly charged, sensitive situations. Most importantly, it keeps the focus on the future, where potential still resides. Like flying a fighter jet, giving effective feedback isn't easy, but it doesn't have to throw us for a loop.

Joe Hirsch is the managing director of Semaca Partners, a boutique communications firm, and the bestselling author of The Feedback Fix: Dump the Past, Embrace the Future, and Lead the Way to Change (Rowman & Littlefield, 2017). Follow him at www.joehirsch.me or @joemhirsch. 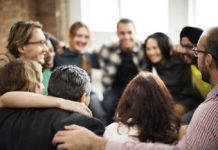