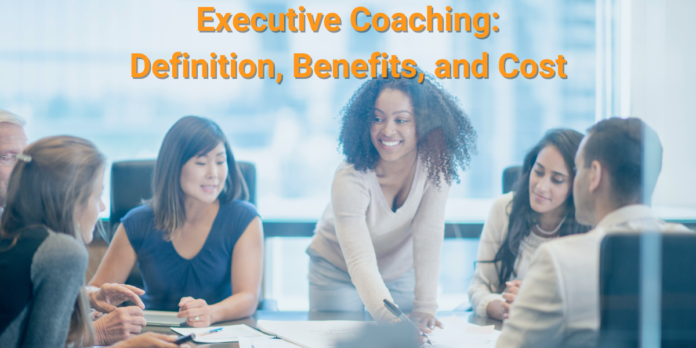 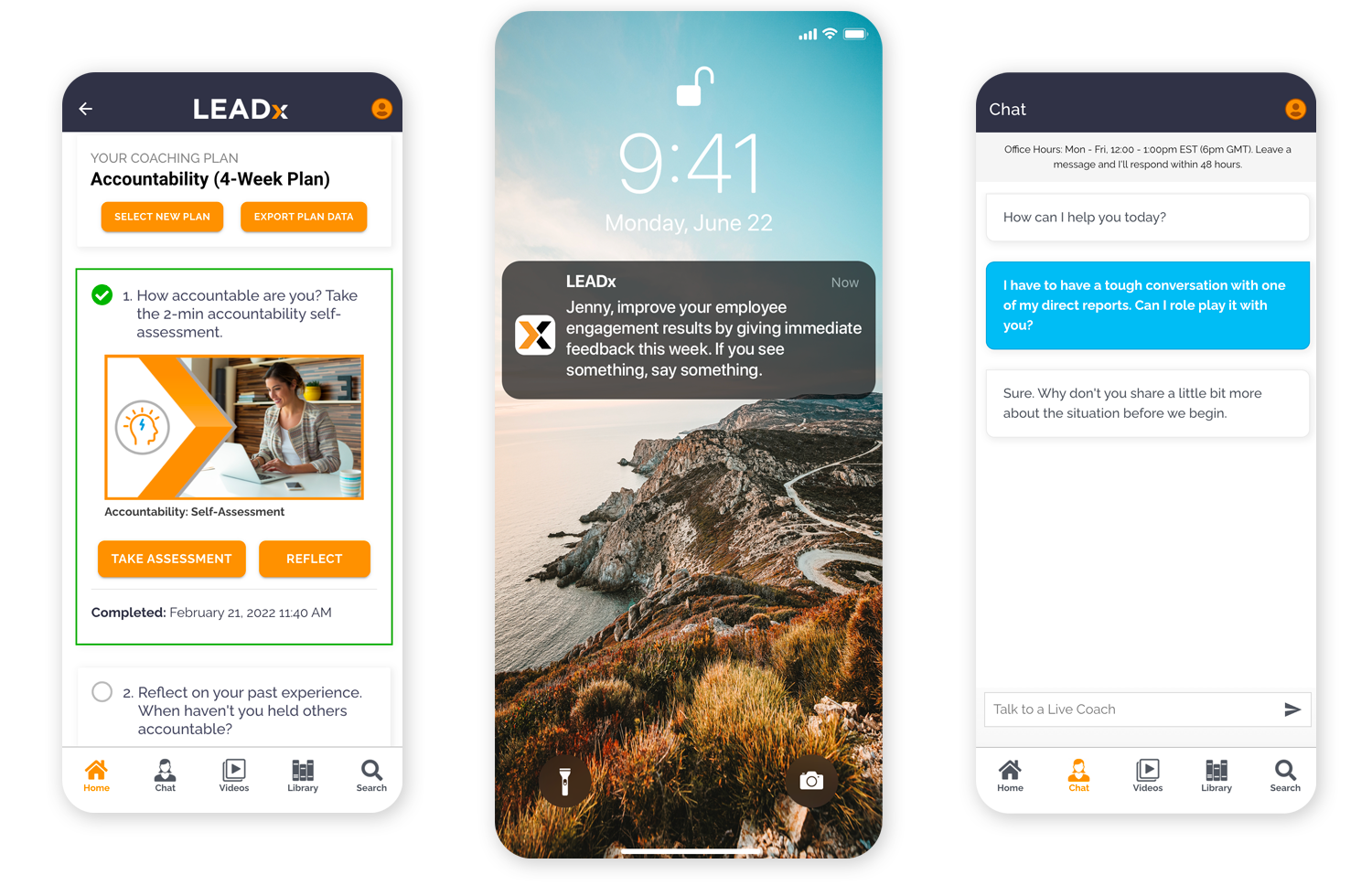 Executive coaching has risen to prominence over the last several years, no doubt accelerated by the unique challenges the pandemic brought to bear. There’s a growing awareness that leaders at the very top of growing organizations need outside support for their development. No leader, no matter the level, is without flaws, blind spots, and weaknesses. Executive coaches provide perspective, clarity, and accountability for a C-suite executive’s growth, with the goal of improving performance.

What is Executive Coaching?

When most people think of a coach, the image that likely comes to mind is in the context of sport. The role of a coach in athletics is to unlock the potential of each individual athlete; see how each player’s strengths work together to create a cohesive, competitive team; and lead and motivate the team to accomplish its goals.

Applied to business leadership, the “coach approach” is not all that different. In an executive coaching relationship, ongoing conversations are meant to help an executive be the best she can be in her role for the good of the team, the organization, and herself as a person. The International Coaching Federation (ICF) defines coaching as “a partnership with clients in a thought-provoking and creative process that inspires them to maximize their personal and professional potential.”

As such, executive coaches often blur the lines between personal and professional growth, because the weaknesses that show up in professional settings are often similar to those that occur in personal ones. This is why one of the main outcomes executive coaches hope to achieve is cultivating self-awareness. It’s difficult to break bad habits and disrupt negative patterns if you’re not even aware of them.

Most executive coaches don’t work for the same organization as their clients—this is by design. An executive coach who is an “outsider” can provide helpful perspectives on problem areas and decisions to be made that are tough to see from within.

What Does an Executive Coach Do?

The hallmark of a true coach is in the questions they ask, rather than the answers they give. The best executive coaches help guide coachees on their leadership journeys; rather than offering turn-by-turn directions. Executive coaches are facilitators for introspection and exploration. They seek to help achieve goals, but let their coachees chart the course to get there.

As oft-cited 2019 Harvard Business Review article “The Leader as Coach” puts it, coaches “ask questions instead of providing answers, support [people] instead of judging them, and facilitate development instead of dictating what has to be done.”

It’s difficult to overstate the positive outcomes that can come from working with an executive coach. The Institute of Coaching, citing the International Coaching Federation, reports that more than 70% of people who receive coaching experience improved work performance, relationships, and communication skills. When executives experience a trusting relationship with a coach who is invested in their growth, many additional benefits can be expected, including:

Working with an executive coach can also help leaders learn basic coaching best practices they can then apply with their employees. It’s long been suspected that old “command-and-control” management models aren’t working anymore, so more and more organizations are adopting the manager-as-a-coach mentality. Not unlike the role of an executive coach, leaders with coaching skills focus on supporting employees and facilitating their growth, not telling them what to do.

What Executive Coaching is Not

Despite the growing popularity of executive coaches, a lot of people confuse executive coaching with other activities like managing, mentoring, training, and therapy.

An executive coach is also not a mentor. Mentors are typically further along in their career journeys than mentees, and, as such, offer advice and stories gleaned from their experience in a specific field. Most mentors aren’t coaches, and thus don’t have the necessary skills for a productive executive coaching relationship. Mentors are extremely important to the leadership journey, but cannot take the place of an executive coach.

Executive coaching services come in many colors and flavors. With technologies like video conferencing being widely available, leaders are no longer bound to their geographic location when it comes to finding the right executive coach for their needs. Some executive coaches run their own coaching practices, others are employed by a larger practice that has multiple executive coaches on staff. Others still are part of a larger network within a third-party platform that matches up coachees to available coaches. Some may also offer services that are adjacent to executive coaching, like leadership training or consulting services.

Executive coaching sessions can range in length from 50-90 minutes and occur as frequently as the coachee’s schedule allows. Typical cadences include weekly, biweekly, or monthly sessions. The spectrum of cost for executive coaching is wide. The Society for Human Resource Management (SHRM) estimates the average rate for executive coaches is somewhere around $350 per hour, but can range from $200 and $3,000 an hour. It’s worth noting, though, that executive coaching can yield powerful, positive outcomes that radiate out to the entire organization—like better business decision-making and improved performance—so the potential return on investment is high. An International Coaching Federation study found that 86% of companies surveyed recouped their investment in coaching, and then some.

Executive coaching can be performed one-on-one or in a group setting. The key benefits of one-on-one executive coaching lie in having the coach’s undivided attention and the deep partnership that can flourish as a result. With group coaching, on the other hand, coachees enjoy the benefit of a psychologically safe environment where participants can talk, share, discover, and support each other.

“Use nudges. Consider working with organizational psychologists to design nudges (encouraging reminders) that prompt learning. Design tests to find out which nudges are most effective.” – Dr. Serena Huang, Head of People Analytics at Paypal

Nudges have existed for a long time, and that’s because they work naturally with the human brain. “Do you want to supersize that?” “107 days without an incident,” and “Your appointment is scheduled for 8:30 am tomorrow. Confirm here” are all examples of how nudges are naturally incorporated into our daily lives. Nudges can help bring coaching to life daily, on leaders’ schedules, and in the natural flow of their work. 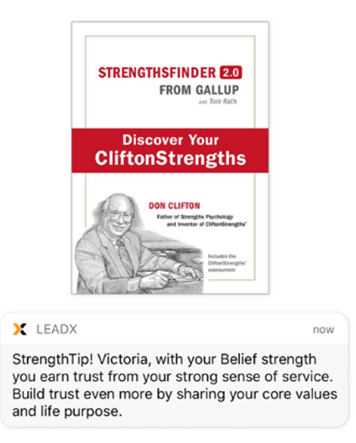 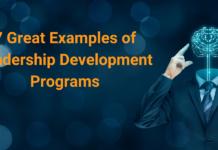 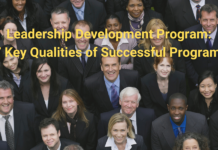 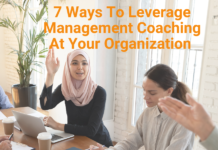