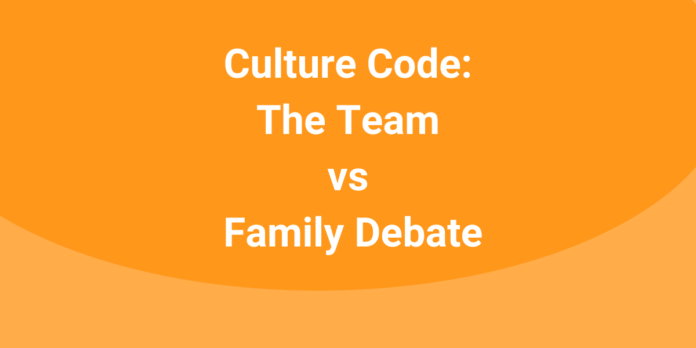 Shopify CEO Tobias Lütke recently made headlines for berating the idea that “companies are families” in a leaked internal email. “Preposterous” was the word he used, before going on to declare Shopify a “team,” not a family. A lot of people agree with this line of thinking, popularized by Netflix’s Culture Slide deck.

In fact, I was another CEO who used to preach to my colleagues, “We’re a team, not a family.”

But I changed my mind recently. Because the truth is, culture isn't binary.

The Competing Values Framework divides organizational cultures into four categories based on the following factors: whether an organization is more internally focused or externally focused, and the degree to which it values flexibility and individual discretion or stability and control.

Companies that value flexibility and are externally focused are said to have “adhocracy” cultures. These organizations are those that many would call “innovative” or “entrepreneurial” and place high value on creative thinking. Adhocracy cultures care about “doing things first.” Tesla, Apple and Netflix are good examples of adhocratic cultures.

Stability-oriented, externally focused organizations are known as having “market” cultures. These organizations were founded to beat out the competition and place high value on achieving results. Market cultures seek to “do things fast.” Amazon is a good example of a market culture.

Flexible and internally focused organizations are known as having “clan” cultures. Organizations in this quadrant are people-oriented and place high value on collaboration. Clan cultures seek to “do things together.” Many HR tech companies focused on human development like 15Five have clan cultures.

Companies that are stability-oriented and internally focused are considered hierarchies. These organizations are extremely process-driven and value control and consistency. Hierarchical cultures prioritize “doing things right.” Institutions like Goldman-Sachs and many government entities have hierarchy cultures.

Company Cultures Aren’t Only One Type

The issue, at least in Shopify’s case, is not the fact that the company seems to fall into the “Market” culture quadrant within the Competing Values Framework, at least according to Lütke.

It should be massively obvious that Shopify is not a family, but I see people, even leaders, casually use terms like “Shopifam,” which will cause the members of our teams (especially junior ones that have never worked anywhere else) to get the wrong impression.

What Lütke doesn’t understand is this: company culture always has elements of all four types.

Moving fast and hyper-competition might work in one department and slower moving controls for risk could be optimal for another.

Yes, You Can Actually Measure Culture

As management guru Peter Drucker famously said, “if you can’t measure it, you can’t improve it.” The Competing Values Framework and similar culture models are helpful tools for measuring perceptions of the culture and uncovering where disconnects exist, team-by-team and leader-by-leader.

For example, a simple survey could generate a culture graph like the one below: 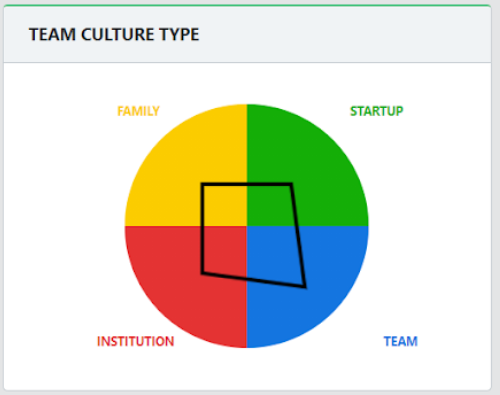 Once generated, the question is no longer are we a team or a family, but rather to what degree do we reflect various culture types?