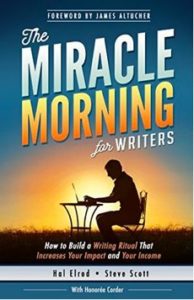 When people find out I’m an author, they often hit me with some form of, “Oh, I’ve got a great idea for a book, but I just don’t have the time to write it.” As if writers have some special access to a secret reservoir of time that others don’t.

I’ve told many that if they want to write a book, they should work on it for one hour a day. That’s it. Set the alarm one hour earlier than they are currently getting out of bed, and work on the book for 60 minutes.

“But Kevin, I already have to get up at six every morning to get the kids ready for school.”

But now, in addition to my short unsympathetic advice, I will add one more gift to all the wannabe writers out there: go read The Miracle Morning for Writers: How to Build a Writing Ritual That Increases Your Impact and Your Income (Before 8AM).

Steve Scott, the most successful non-fiction writer of today, has now partnered with Elrod to take the core concepts and apply them specifically to writers who want to increase their consistency, and those who want to finally find the time to write their first book.The original The Miracle Morning was written by Hal Elrod and sparked a genuine movement of people who discovered they could truly transform their life by investing in themselves, consistently, the first thing in the morning.

In The Miracle Morning for Writers, Scott tells his personal story of how his dream to become a writer was thwarted by a lack of time and how he finally turned it all around. He writes:

I made a decision that forever changed my life. Instead of finding time to write, I made the commitment to get up in the morning and complete my words before doing anything else.

The problem was that Scott at the time was not a “morning person.” He considered 9:00 a.m. to be early and struggled with consistency, but by practicing a set of positive rituals, his wake-up time has gotten earlier and earlier and his writing output has skyrocketed. (In fact, Scott is one of the most prolific authors of today—just go to Amazon and search on “Steve Scott” and “SJ Scott” and you’ll be blown away by the number of books he has.)

The first step in a Miracle Morning routine is of course to actually get out of bed early without repeatedly hitting the snooze button on your alarm. Elrod and Scott offer this five-step, five-minute-or-less solution:

Thousands of people now swear by the power of a set of rituals that Elrod calls the Live S.A.V.E.R.S. These are daily habits to help you to become more, so you can achieve more. The acronym stands for:

Write Daily Even If You Don’t Have The Time

After a successful S.A.V.E.R.S routine, writers should focus on writing as their first, uninterrupted task of the day.

Scott points out that consistency is the key. It’s probably unrealistic to immediately think you can churn out 2,000 words a day. It’s better to start and commit to a single paragraph or even a single sentence! The key is to create the habit.

Many if not most successful writers started their journey while they still had “day jobs.” Toni Morrison would write at 4:00 a.m. before her young children would wake up. Kurt Vonnegut wrote from 5:30 a.m. to 8:00 a.m. and then leave for his school teaching job. Breakout indie novelist Mark Dawson would write on the train each morning as he commuted to work.

Another key to consistency of course is that you will write whether you feel like writing or not. Athletes don’t pick the days they will play in games; they are told which days to play and they play to their best ability whether they feel like it or not.

Creating a successful morning routine is the core value of the book , but Scott also shares considerable wisdom that will help any writer to increase her impact and income. Additional topics covered include: creating content readers will love, how to monetize your words, and how to build your author platform.

Whether you are finally ready to write that book you’ve got inside of you, or whether you are already a successful writer who wants to take it to the next level, The Miracle Morning For Writers is a must read.

—
Kevin Kruse is the author of 15 Secrets Successful People Know About Time Management and “The Millionaire Day Planner: A 1-Page Planning Tool.” 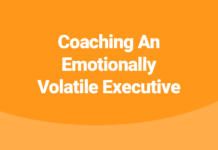 How to Coach Executives With The Hogan Excitable Derailer 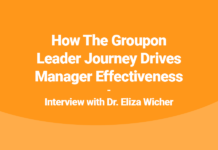 How High Achievers Say No To Their Boss 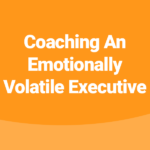 How to Coach Executives With The Hogan Excitable Derailer

Kevin Kruse - August 6, 2020
Are you an executive coach who has a client with the Hogan Developmental Survey derailer “Excitable”? 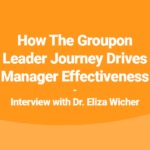 Kevin Kruse - July 31, 2020
Is there such a thing as a perfect leadership development program? 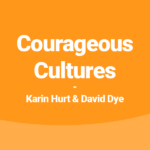 Kevin Kruse - July 29, 2020
From executives complaining that their teams don’t contribute ideas to employees throwing up their hands that their input is never sought--company culture is the culprit. Courageous Cultures provides an easy-to-follow road map to build a high-performance, high-engagement culture around sharing ideas, solving problems, and rewarding contributions from all levels.