All the time, people say one thing and do another. It’s become normal to be flaky, unreliable, and not a person of your word — except it’s not normal. Saying one thing and doing another is a poor reflection of one’s character, and the people who do this are risking losing valuable relationships.

I certainly have flaws and shortcomings, but one thing I have going for me is that people say I’m authentic. Being authentic allows me to make real connections with other people. I genuinely care about them and seek to help them, as opposed to the hidden agenda so many people carry. You can (and will) absolutely get paid for helping others, but you must make it your first priority to have a sincere interest in the welfare of yourself and the people around you.

This does not mean you will let people use you, nor does it mean you will be afraid to sell yourself on your true value. Being authentic helps to know when to draw boundaries and stand up for yourself. You refuse to be fake. Do you want to be truly authentic?

Then make a firm inner decision to do so, right now.

What makes you authentic? Think about it and reflect on it, both in your mind and on paper. Knowing these core qualities about yourself will serve you well.

Five Traits of People With Authenticity and Integrity

Through my travels around the world, discussions with dozens of experts, and conducting my own research, here are five traits of people with authenticity and integrity:

Bringing it All Together

I was recently burned by someone who I made a deal with. I was told that he’d help me with one of my business initiatives if I helped him with some of the problems he was dealing with. I dedicated an entire evening to helping him with his problems, but when it came time to fulfill his end of the bargain he flaked out on me by not responding to my text and email. This hurt, but I refuse to let the world change who I am. I will remain a person of kindness and love. Just because other people are flaky doesn’t mean you have to be as well. Don’t let the world change who you are. Continue to act with integrity, and be authentic as often as you possibly can. 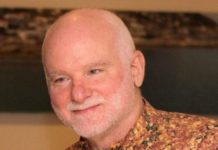 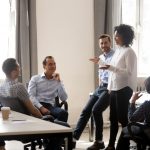 Kevin Kruse - May 21, 2020
First, you, as a manager, are responsible for the engagement of your team members. The buck stops with you. The research is clear: managers account for over 70% of the variance in employee engagement. I wish it weren’t so, but it is. You can’t just think engagement is the responsibility of HR.