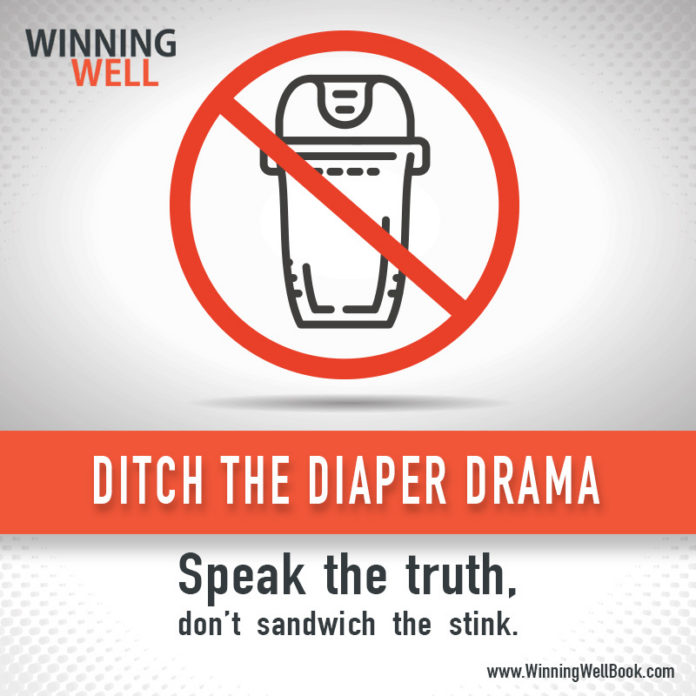 Diaper Genies are a FABULOUS invention– for parents and nurseries. They hide the stink of a poopie diaper and exponentially increase the interval necessary to empty the trash. The stink stays conveniently wrapped tightly in plastic so no one can smell it. The stink is unavoidable and the Diaper Genie provides a welcome reprieve.

But sadly, in so many companies around the world, I see a similar effect. Employees take the stinky issues, and disguise them so cleverly with spin, sandwiched feedback and carefully crafted Power Points, that no one can smell the real problem.

The minute I pull out the Diaper Genie in one of my keynotes, the heads start to nod. Ahh, yes. We do that here. So if this sounds familiar, you're not alone.

Here are few signs, you may have a diaper drama culture.

If you're living in a diaper drama culture, you may not be able to fix the scene over night, but you can focus on your team and cutting through facade and exposing the stink at least in your sphere of influence. When the results start to soar, spread the word. One secret to success: eliminating the diaper drama effect.