How can you find a career that gives you purpose, meaning, and a sense of pride?

There is a time in everyone’s career where their sense of agency dissipates. It could be that you’re overworked, that there’s an obstacle in your way, or even uncertainty about what you want to accomplish. These are questions every successful CEO, young entrepreneur and creative thinker has tackled. So how do you take charge and start navigating your career with vision?

Kathryn Minshew is the CEO and co-founder of The Muse, a career platform used by over 50 million millennials to research, explore, and apply to great companies. She has spoken at MIT and Harvard, and appeared on the “Today” show and CNN. Her new book is The Rules of Work: The Modern Playbook for Navigating Your Career. I recently interviewed Kathryn to get her advice for those struggling in their careers. (The transcript below has been lightly edited for space and clarity.)

Kevin Kruse: What's one big piece of advice you're hoping people take away from your book?

Kathryn Minshew: If I had to summarize the book into one sentence, it would be that “You are in control and you need to take charge of your career.” Then we spend the rest of the book telling you a little bit more about how to do that. I think that one of the big shifts we see in the workplace is a movement from this old way of doing things where companies provided a lot of training. They set out clear pathways for people.

They said achieve X, Y, and Z and you'll get a promotion and then in a few years you'll get another promotion, and there was this linear path with different diversions and choices, but it was very straightforward and you generally needed to do what was asked of you and you'd move along throughout your career.

That is no longer the case. In fact what we're seeing via The Muse, via our community of 50 million people now who use the site, is that the most successful people, they are taking control. They are taking agency and saying, “Alright. Who am I? What skills do I have? What do I want to do?” Throughout the book we put in exercises, templates, and work pages as much as we could to really give people that tactical guide to how to figure out exactly what you want and then go and get it.

Kruse: What are your own thoughts on how are millennials different or not so different than the generations that came before them, and we've got a lot of managers out there, so what's your advice if I'm trying to lead a team of millennials?

Minshew: I'll start with the generational differences and I'm with you in that I think a lot of the angst, headlines, and soundbites about millennials have been a bit overblown. In fact, there's this great article that talks about these young kids, “They're demanding, they're entitled. They do this, they do that.” It's from 1976. Every generation has looked at the generation that is entering the workplace and said “Who are these kids?” It's the equivalent of “Get off my lawn!” I think it's a classic.

There's also a great quote by, I believe, Laszlo Bock who used to run HR at Google. He says something like (I'm going to mangle it a bit), “Millennials are simply asking for the things that everybody else wants.” I do think that it’s that millennials are in many cases raised at a time when they were expected to give their opinions and have those opinions taken into account in some way. Many of them were told from an early age, you can be whatever you want to be. Study hard. Work hard. You'll have these opportunities open to you, and so in many cases when they're coming into the workforce, which let’s be honest a lot of elements of this sort of modern workplace haven't changed substantially in fifty years. Clocking in, clocking out. Some of the ways in which communication is expected.

I think a lot of these newer entries to the workforce are looking at this and saying, “Well that doesn't make sense.” It's been fascinating to me as we built The Muse. I don't know if you noticed, but we originally targeted millennials very explicitly. We found that, yes millennials are our largest demographic at The Muse, but they're followed very closely by Gen X, by boomers, by people of all ages who are also saying, “I also want a more human workplace.” A business, and sort of an employee/employer relationship that's based on mutual respect and better communication, and all these things that at their root I think are very human desires. So yes, I think millennials are behaving occasionally slightly differently, but I don't think it's something that's unique or special to these people. I think that it's the newest generation of the workforce that always pushes the boundaries and asks certain questions and insists that certain things are changed. I think that's great.

I think it makes that workplace better for all of us, and of course, there are bad apples. We would get that in every generation. I think that it's often comforting to think that someone that is frustrating you is emblematic of a broader trend rather than just perhaps a person that is very different. In general, I am very much more optimistic than pessimistic about the generations working together, and I think that many of these trends that are being ascribed to millennials, particularly around more flexible work hours and an understanding that employees are humans with full and complex lives, needs, and desires, and that as a manager understanding that means you can have a much more productive and effective relationship. I think those are really positive trends, and I'm excited to see the rules of the workplace continue to develop.

Kruse: What's been the secret to your fast growth?

Minshew: You know, it's so funny. If there were a single silver bullet, then anyone could do it. I will say there's probably three things. The first being persistence. In the beginning, there were fifty things that could have killed us, but we were wildly persistent. The hard thing about persistence is that persistence and stupidity sometimes look very similar. So when you're in the trenches, it can be really hard to tell if this is a sign from the universe that I should stop, that I should give up, that this isn't meant to be.

For us, I think the biggest difference, and the reason that we were able to keep going, was that we looked at all of these obstacles and this feedback and the sort of negative and positive reinforcement we were getting, and we said who is it coming from? Because the people that are your core potential users, when someone who should be a user tells me, “Oh, you need to fix this,” or “I would like this,” or “This is how I experienced the site,” I really deeply listen to that because those are your potential customers, your potential users, your community, and their feedback is critically important.

When someone who is very much outside of that community, even if they're incredibly successful, they've won a number of awards, they've invested in some amazing companies, when that sort of person looked at us and said “Eh, I don't really see this being exciting. I don't really see this as a good business.” I think it's important to listen and internalize that as well, but ultimately at the end of the day they are not your user.

So we decided to focus on building a product that a group of people loved and engaged with and were passionate about, and worried a little bit less about the powers that be because that was not who we were building it for. So persistence is number one.

I guess I've sort of given away number two. That's having a very open communication with the people, the humans that you're building for and being willing to iterate and to change and test based on what they're telling you. It's never, “Oh Kathryn has this singular vision in the sky. We will march towards it without any rest!” It's much more about a vision being a feeling, a destination, an ultimate mission, but also allowing the community, your users, and your employees and team to add on to that, to change it, and to develop it as you grow and as you pick up data. So that's been really tremendous for us.

Then finally, I think the third has been our willingness to go against the grain. One example of that is content. We publish career advice that draws a lot of people to The Muse and when we were starting the company, everyone told me that was a terrible idea. Content was a bad business. It's not scalable. It's hard. It's this, it's that. We just said at the very basic level doesn't it make sense that if you want to attract a group of smart aspirational driven people thinking about their careers that giving them great advice would be a good way to do that? Yeah, that makes sense to me so we're going to do this even though you think it's a bad idea. That has been one of these many little unconventional keys to our growth and to our success that allowed us to get that community and get that data to sort of turn the tide when we were seeking funding early on.

Kruse: I like to challenge our listeners to become a little bit better every single day. Do you have a challenge we could try out at work or at home?

I think that it can be so easy to get in the rut if you get up, you do the things on your list, you attend your meetings, you're a slave to the calendar and your inbox. But I find it really helpful to write that out one year from today and think about what you might need to do between now and then to achieve that. 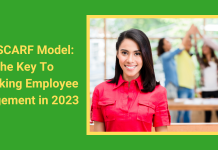